“Travel is fatal to prejudice, bigotry, and narrow-mindedness, and many of our people need it sorely on these accounts. Broad, wholesome, charitable views of men and things cannot be acquired by vegetating in one little corner of the earth all one’s lifetime.”

Someone once said to me ‘Black people don’t travel.’

Now, I am no seasoned traveller but every country I have ever been to e.g. Costa Rica, Vietnam, Sweden or Malta I have seen both Black expats and other Black travellers.  However, it is no secret that we are few and far in between. Take my time in Vietnam for example; I was expecting pointed fingers and stares from the locals but funnily enough it was the other backpackers who fixed their gaze at me for what can only be described as an eternity. It dawned on me that throughout their travel experience in Asia they were not counting on meeting a fellow Black traveller.

So it pains me to ask the question, why don’t Black people travel or more accurately why does it seem that the African diaspora are not globe trotters?

The obvious answers tend to be, lack of disposable income and putting other commitments first, reasons which are no different from any other race. And whilst these reasons may be a deciding factor there are even more simple and despondent reasons.

Firstly a political one; there is a huge disparity in passport privilege where many Black people (and in fact other people of colour) outside of Europe and North America are simply denied the opportunity to travel freely around the world! Many of these bureaucratic procedures implemented to obtain a visa are designed to judge (and often reject) potential travellers who have to go to great lengths in order to prove their worth. Such barriers only continue to perpetuate stereotypes that Black people (Africans in particular) do not travel and prevent a variety of Black people from being seen and contributing to the travelling discourse.

But what about the Black people in Europe and North America?

The lack of representation in travel media, literature and marketing alludes the idea that Black people do not have the desire to travel as much as their White counterparts. As innocuous as this may seem to some it sends a dangerous  message that certain parts of the world or certain ways of travelling (e.g. from backpacking to luxury cruises) are for certain people. 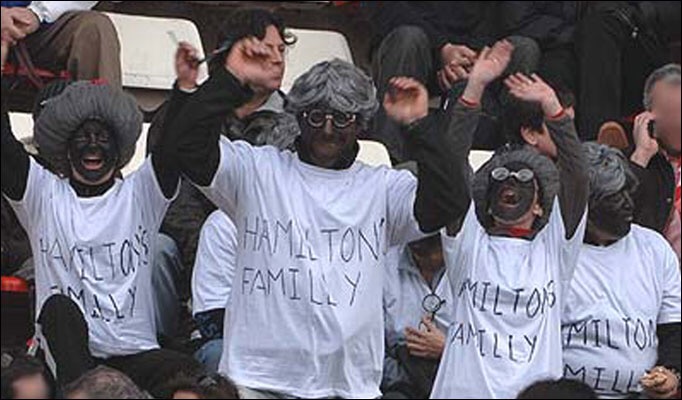 From the conversations I’ve had with my many friends quite a few Black people are worried about how they will be perceived and treated in countries with little to no Black population to speak of. After all if many African Americans, for example, still face social injustice and discrimination in the Land of the Free, then what chance do we Black folks from other parts of the world have being accepted and respected in other less ‘progressive’ and diverse countries? It is this thought that has infiltrated the attitudes of some Black people living in the Western world and I’m no exception.

Any time I would go somewhere I would always have the urge to Google ‘racism in [insert country]’ or ‘how are Black people treated in X?’ And to no surprise I would find copious tales of people being mistreated, harassed or simple acts of unwarranted rudeness. Perhaps not all of these acts were racially motivated, you can never be sure.

What I have learned from my travels, especially in non-European places, is that the interactions that locals have with foreigners will be limited, and with Black people even more so. Whilst images of White people are easily accessible through global media, images of Black people (and other races) are nowhere near as accessible and when it is, it is usually one dimension caricatures. Therefore just by travelling and existing in another part of the globe is a statement itself and will cause attention.

How you handle the attention is up to you, but I will certainly say you should welcome it. This is the perfect opportunity to break down barriers; most of the time people are just curious and as far as they are concerned they may never meet another Black person again. How you interact with people who are not use to seeing Black people could be a very enriching experience not only for you but also for them. Universally people will respond positively to a smile and a respect for the other person’s culture. It doesn’t take long for people to realise that you, like them, are human.

Travelling may not be for everyone, and it does not make you a bad person if you don’t travel much. But for those who are considering exploring what lies outside of their borders and have the means to do so, I can only say DO IT! It’s sad that our citizenship alone can be a deciding factor whether we have the liberty to travel hassle free. So for those who are privileged enough to possess such a passport should definitely make full use of this liberty.

We all have good and bad experiences when we travel, but that is exactly what they are…experiences. Subjective. It’s important to remember that someone else’s experience is not your reality. The world with all its weird and wonderful people will surely amaze and surprise you, most importantly your mind and soul will certainly thank you for it.